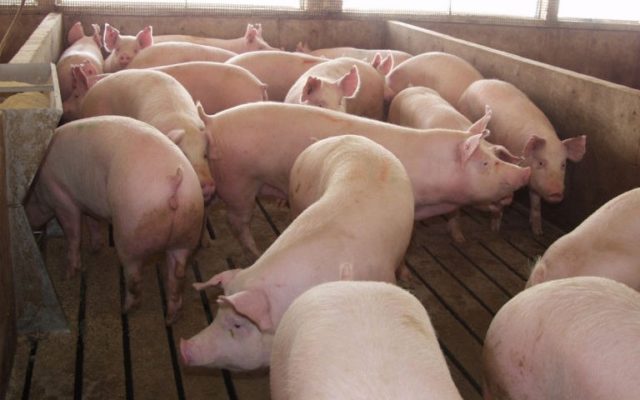 Thanks to continued vigilance by the U.S. Department of Agriculture (USDA), the Bureau of Customs and Border Protection (CBP) and the U.S. pork industry, the United States has so far prevented an outbreak of African swine fever (ASF), an animal disease affecting only pigs with no human health or food safety risks. To ensure the U.S. swine herd remains free of the disease, the National Pork Producers Council (NPPC) and 30 state pork producer associations today asked Agriculture Secretary Perdue to take additional measures, including restricting imports of organic soy products for animal feeds from all ASF-positive countries.

The U.S. pork and feed industries have adopted holding times to allow for the natural degradation of any viruses, to ensure that most imported feed ingredients are safe to use. Research indicates, however, that organic soy products can maintain the virus for longer periods of time, making holding times impractical. While overall imports of feed ingredients are minimal, most soy products imported by the United States are organic. NPPC is confident in the safety of domestic soy products.

“We appreciate the diligent focus and outstanding collaboration between the U.S. pork industry, USDA, CBP, Congress and state animal health officials to protect the U.S. swine herd,” said NPPC President David Herring, a hog farmer from Lillington, N.C. “While we are confident in the safety of domestic soy products, we urge Secretary Perdue to use authority under the Animal Health Protection Act to restrict imports of organic soy products from ASF-positive countries to further safeguard our animals and prevent an outbreak that would have devastating, far-reaching economic consequences.”

NPPC and the 30 state pork associations also asked USDA to further explore the merit of restricting all soy products from ASF-positive countries, to enhance its online system that would be used for permitting animal movements if an outbreak occurred and to expand state animal health laboratory testing capacity. The pork industry letter to Secretary Perdue can be read here.

Last week, the U.S. House of Representatives approved Senate legislation that authorizes funding for 720 new agricultural inspectors at land, air and sea ports to prevent ASF and other foreign animal diseases from entering the United States. The legislation also authorizes 600 new agricultural technicians and 60 new agricultural canine teams. The most likely path for a FAD to enter the country would be through the illegal transport of contaminated products. An outbreak of certain FADs, including ASF, would immediately close U.S. pork export markets, causing significant damage to farmers and consumers. NPPC continues to advocate for other FAD preparedness measures, including quickly establishing a U.S. Foot-and-Mouth Disease (FMD) vaccine bank as provided for in the 2018 Farm Bill. The United States does not currently have access to enough vaccine to quickly contain and eradicate an FMD outbreak.