Taking Proactive Approaches to Keep ASF out of Michigan, US 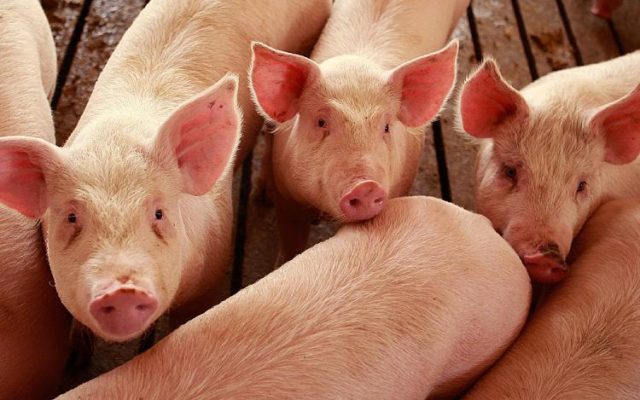 Wild boars in Poland roughly 20 miles from the German border have tested positive for African swine fever, or ASF. It’s the latest development in an outbreak that has impacted more than 40 percent of China’s hogs. But what happens if it comes to the U.S.?

Dr. James Kober, assistant state veterinarian with Michigan Department of Ag and Rural Development, says Michigan and other states have been practicing if such an outbreak were to happen here.

“We’ve done a lot of planning with 14 large swine states [in the Midwest and North Carolina],” he said. “We’re all on the same page as far as stop movement, permitted movement, depopulation, disposal. We have weekly conference calls and get together twice a year in person.”

There’s a lot of debate on if ASF coming to the U.S. is an inf-not-when situation, or we will be able to keep it out. Because of these proactive biosecurity steps that are being taken, Dr. Kober thinks we can avoid it.

“We don’t get a lot of pigs coming in from those areas—so live pigs, I don’t think is a very big threat,” said Kober. “I think the biggest threat is meat that is smuggled in luggage on purpose or by accident.”

Aside from the meat that is smuggled into the country, there’s also the risk of small companion animals that come from Asia that could bring a disease to the U.S.

“We’re trying to keep a cap on that and keep track of that so those animals don’t inadvertently bring a virus over,” said Kober.

Inadvertent transfer includes bringing meat products from Asia or garbage that came in contact with a pork product.

“People coming from that area of the world, they just want to bring their own foods and food stuff with them,” he said. “It’s not that they’re trying to do that intentionally—it’s just their culture and we have to be really careful about it.”

Dr. Kobel also mentioned another threat to spread ASF in the U.S. are animal activists who trespass on farms.

“We’re worried about those activists that they may do something like that intentionally, so we definitely have to keep an eye on them,” he said.

Dr. Kober suggests having a strong biosecurity plan on your farm to prevent the outbreak of any diseases.