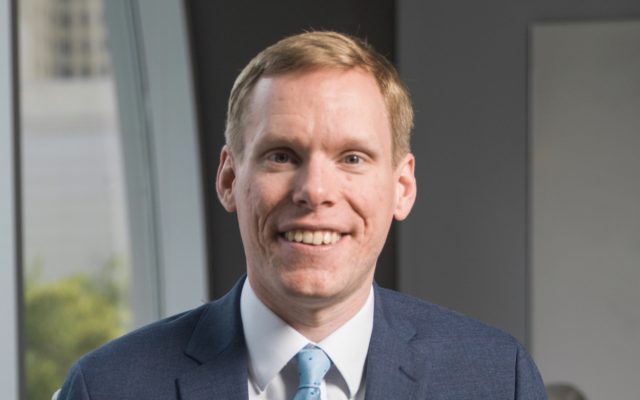 For more than two decades, Jim Byrum has served as president of the Michigan Agribusiness Association, and now they’re welcoming a familiar face to lead the organization.

On Monday, Chuck Lippstreu officially took the helm of MABA at their 87th Winter Conference, becoming the first new president in 25 years. He says part of what is so special about MABA are the members.

“[I’m] really excited to be here because this is an association with a massively engaged membership,” he said. “The members of our association show up, they’re engaged and they’re proactive. That’s absolutely critical for the health of a state association to be able to engage on the issues both state and federal, and make sure we’re strong advocates for the industry.”

Part of his goal as president is to build on the foundation Byrum created during his tenure.

“My commitment to members and Michigan agriculture has been we’re going to continue to build on that foundation,” he Lippstreu. “That means a few things—making sure we’re a resource for our members, policy makers and our industry allies, [and] those that work with us every day, making sure we continue all the programs and services people have come to expect. When you get smart people into the room, good things happen.”

Lippstreu is no stranger to MABA. Before working in communications at Land O’Lakes, he managed communications as a consultant, playing a role in MABA’s advocacy on issues such as trade, water quality and transportation. He says that heading into 2020, there’s a lot of uncertainty and changes coming. He encourages those in ag to come together to weather those headwinds.

“There is a ton going on—more than ever before,” he said. “Maybe the most we’ve ever had. That means we have got to bring people together and come up with good, new ideas as we go forward. It all comes back to making sure at a time when things are changing fast—for our association, for our members, for the farmers they serve—we’re proactive and engaged and trying to help them navigate a variable landscape. That means building bridges with those we don’t always talk to.”

Lippstreu says despite the challenges, he’s proud to be part of Michigan agriculture, and the role ag plays in the state’s economy.

“Everybody here is part of an industry that’s responsible for a quarter of the jobs in our state,” he said. “A lot of those jobs are in our smallest towns and rural communities where our members are the leading employers—they’re a huge part of these communities and they can really be proud. It doesn’t matter what you do in agriculture in Michigan, whether you lead a company or you’re in an entry-level position, you can take a lot of pride in being part of something that has a real economic impact in our state.”