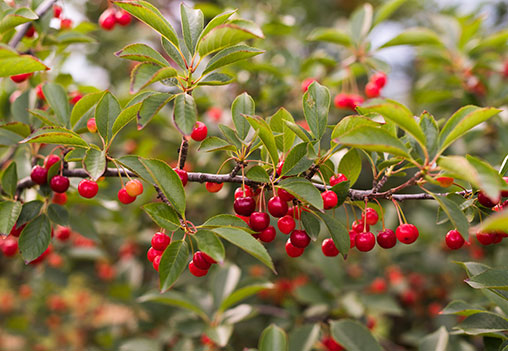 Last week, Michigan’s tart cherry growers were disappointed by a 5-0 vote from the U.S. International Trade Commission (ITC) ruling that dried tart cherries from Turkey are not harming the U.S. industry.

According to Audrey Sebolt, associate horticulture and industry relations specialist with Michigan Farm Bureau, to put forth one of these cases, you need to have at minimum three years’ worth of data. The case against Turkey started with cherry juice concentrate, but the cherry industry had a hard time getting the numbers together. So, they switched to dried tart cherries.

“With the dry tart cherries, it came so quickly and exponentially huge numbers were being imported at 85 to 89 cents per pound, whereas we have to sell it to break even [with] production costs at $4.50 to $5 per pound,” she said. “We felt like there was really good data to put forth.”

In September, the U.S. Department of Commerce determined Turkey was flooding the U.S. market with subsidized dried tart cherries and sold in the U.S. at “less than fair value.”

“The U.S. ITC’s ruling contradicts with what the [U.S. Department of] Commerce said,” said Sebolt.

Both Michigan Senators Gary Peters and Debbie Stabenow used the word “outraged” to describe their feelings on behalf of the state’s tart cherry producers, as Michigan grows 75 percent of the nation’s tart cherries.

The ITC will release a report on February 18 explaining why the commissioners voted against cherry growers. Once that decision is public, Sebolt said that’s when the cherry industry will have to figure out what’s next.

“The tart cherry industry will have to decide if they are going to repeal this decision or accept it,” she said. “Right now, they’re on hold until they hear exactly why [the ITC] made that determination.”

On Friday, Congressman Bill Huizenga (MI-02) wrote to U.S. Trade Representative Robert Lighthizer requesting the USTR office, USDA, and Department of commerce to hold afield hearing in West Michigan to hear from those who are being negatively impacted by these trade practices.