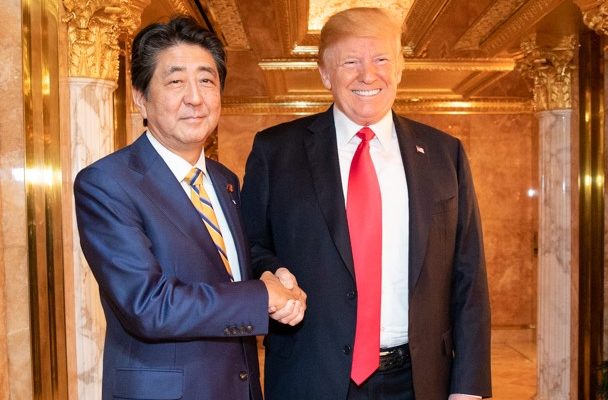 On Wednesday, President Trump and Japanese Prime Minister Shinzo Abe they have completed a trade agreement between the two countries.

State and national associations have been expressing their appreciation for the deal.

The Michigan Corn Growers Association is expressing its gratitude.

“Japan is an important market for American corn farmers, ranking number two for purchases of U.S. corn,” said Matt Frostic, president of MCGA, in a statement. “We are strong advocates for an agreement with Japan, and this progress is good news for our industry.”

That support is being echoed by the National Wheat Growers Association (NAWG), leveling the playground with Canada and Australia.

“Resolving trade issues like this and building new opportunities for our wheat and other agricultural products is absolutely needed at a time when wheat farmers are dealing with another year of low prices and a depressed farm economy,” said Ben Scholz, NAWG president.

Aside from grains, meat exports are applauding the deal. The combined value of pork and beef exports from 2018 was valued at $3.7 billion.

“There is no market more critical to the profitability and prosperity of the U.S. red meat industry,” said Dan Halstrom, president and CEO of the U.S. Meat Export Federation. “It is imperative that we achieve a level playing field for U.S. pork and been in Japan, so that the U.S. industry can further expand its customer base in this increasingly competitive market.”

The agreement also has the backing of Sec. Sonny Perdue.

“This agreement is a better deal for the entire U.S. economy, but is a particularly big win for our farmers and ranchers,” he said in a statement. “When I visited Japan in May for the G20, I made it clear that the U.S. is Japan’s best customer, and we felt that relationship was not reciprocal. This agreement helps level the playing field.”