Feds Side with Monsanto in Roundup Cancer Case 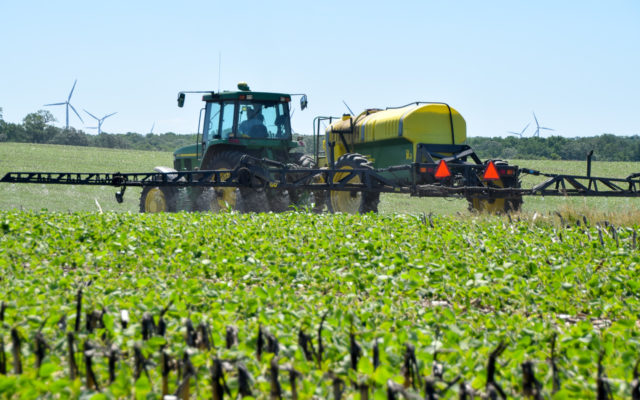 Monsanto is receiving help fighting a multimillion-dollar verdict awarded for exposure to its flagship herbicide, Roundup, from an unusual source: the federal government.

The U.S. Department of Justice has filed a brief in the company’s appeal of a $25 million verdict in federal court to Edwin Hardeman, a California man who claims exposure to Roundup caused his non-Hodgkin lymphoma. A six-person jury awarded him $80 million, including $75 million in punitive damages, which was reduced by U.S. District Judge Vincent Chhabria to comply with Supreme Court precedent restricting the size of punitive damage awards.

Monsanto, bought by Bayer in 2018, also is appealing two other verdicts in state court.

Bayer lauded the government’s and other parties’ involvement. In a statement, the company said, “We are encouraged that the U.S. government, several states, and many other parties chose to offer the court their legal perspectives on the key issues in our appeal. The number and stature of these parties speaks clearly to the importance of the issues in dispute in this case to a diversity of interests including governments, health care providers, farmers, and manufacturers.”

Other amicus briefs in support of Monsanto’s appeal were filed by the states of Nebraska, Idaho, Louisiana, North Dakota, South Dakota, Texas, and Utah; the California Medical Association, California Dental Association, and California Hospital Association; the U.S. Chamber of Commerce and Pharmaceutical Research and Manufacturers of America; Genentech, and CropLife America.

The federal government does not often get involved in such matters, says attorney Clay Massey of Alston & Bird in Atlanta. “You rarely, if ever, see a regulatory body get involved in a tort action between private parties to advocate a position on the outcome of an issue between those parties,” he said.

Its participation here shows the “confidence EPA has in its determination that glyphosate is not putting people at risk of cancer,” as well as in its “determinations regarding glyphosate warning requirements. It likely also illustrates the EPA’s recognition of the importance of glyphosate to the farming industry.”

The current administration is “more willing to participate in defense of a manufacturer such as Monsanto who is facing liability for complying with its regulations,” Massey said.

DOJ focused on one particular aspect of the case, which concerns the label required by the Federal Insecticide, Fungicide, and Rodenticide Act. Like Monsanto, which filed its brief in the 9th Circuit Court of Appeals a week before, the United States contends that FIFRA preempts states from coming up with their own labels.

“Roundup is registered under FIFRA and its EPA-approved label does not contain a cancer warning,” the government said in its brief. “The United States has a strong interest in preserving Congress’s express delineation of federal versus state authority, which ensures that the federal government can establish and maintain nationally uniform requirements for the labeling and packaging of pesticides.”

Hardeman was awarded $80 million by a six-person jury that found Monsanto liable on failure to warn, negligence and design defect claims.

But “EPA has consistently approved the sale of glyphosate without a cancer warning and has stated that including such a warning on the label would render the product misbranded,” Monsanto said in its brief. Therefore, “any state-imposed cancer warning would be in addition to or different from federal requirements, and is expressly preempted.”

In August, EPA expressly prohibited glyphosate products in California being labeled as carcinogenic. Under Proposition 65, the state had adopted the conclusion of the International Agency for Research on Cancer that glyphosate is “probably” carcinogenic to humans, but EPA said any products so labeled would be deemed misbranded.

In its brief, CropLife America pointed to economic costs of not being able to use glyphosate.

At the same time, it pointed out, EPA has not “identif[ied] any human health risks from exposure to any use of glyphosate.”

“A state law requirement that glyphosate manufacturers warn of carcinogenicity when there is none — i.e., an “excessive” warning — would have deleterious real world economic and health effects on the public.” CropLife said in its brief. “A cancer risk warning would discourage the widespread use of glyphosate with a resulting loss of crop yields and other benefits from use.”

Monsanto and its amici also argued a 2005 Supreme Court decision relied upon by the district court does not mean what the district court said it means. In Bates v. Dow Agrosciences, which involved peanut farmers’ claims that a Dow pesticide harmed their crops, the high court said FIFRA does not preempt state-law tort claims. Monsanto and its supporters say the decision applied only to “efficacy” claims, which are not evaluated by EPA, and not health-based claims.

“EPA has … concluded that glyphosate’s labeling should not contain the warning that state law here purportedly requires, making clear that that state-law requirement is preempted” under FIFRA, Monsanto said.