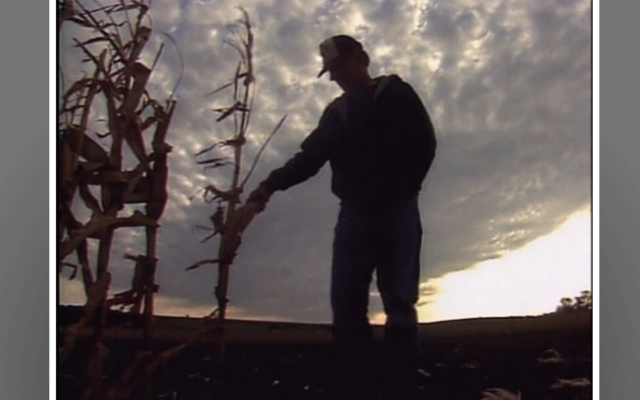 Depressed, because the farm wasn’t making money. Deflated, because it was another poor harvest year. And irritated, because farming wasn’t fun anymore.

After years of poor farming economics, bad thoughts were creeping into Schwab’s head. The Standish crop farmer knew something had to change — and quick. That’s when he scheduled a visit with the family doctor, who prescribed the 49-year-old with an antidepressant.

Schwab, who farms roughly 700 acres of corn, soybeans, alfalfa and wheat while raising beef cattle, is like other farmers currently struggling with depression, anxiety and stress due to recent agriculture struggles, including Chapter 12 farm bankruptcies rising 20% in 2019 from 2018 numbers.

Throw in continued falling commodity prices and uncertain export markets into the ag equation, and Schwab said farmers are losing their eternal optimism.

“I’ve had one relative who lost a son who was a veteran to suicide,” said Schwab, who’s also a certified crop advisor of agronomy and sales at Helena Agri-Enterprises LLC, a nationwide ag retailer. “And then I have a friend who farms who lost her husband to suicide. It’s a quick fix for the individual who chooses to end his (or her) own life, but then it leaves your family with shock and disbelief.”

The shock and disbelief only create a larger problem, said Schwab, one that transfers to the existing family or friends.

“There’s an old saying that suicide doesn’t solve anything; it just transfers the pain from one individual to the rest of their family,” Schwab added. “That’s pretty evident with what we are seeing.”

Physiologist Sarah Zastrow of the Merrill-based Cultivate Balance is working with dozens of Michigan farmers on the issues Schwab mentioned. She uses a three-step approach that targets stopping “stress now” and creating “habits and routines in your life that maintain a less-stressed lifestyle.”

To do this, Zastrow said farmers are encouraged to take a deep breath, say a prayer, go for a walk, and have good communication with family members.

“When you’re spiraling or you feel like the walls are caving in around you, things that place you in a quiet mindset,” said Zastrow, whose husband is a farmer. “You have to remember why you love farming.”

Schwab adds that a healthy mind starts by staying busy.

“We have to look at the problems we have, and we’ve got to deal with them,” he said. “With that being said, I tend to deal with my issues, whether it’s financial or weather-related, an hour at a time. And then I leave it and forget about it. I then turn my focus or attention on to some other task.”

Schwab attends his daughter’s basketball games or visits with friends to keep his mind busy. If an ag friend needs help, he encourages them to talk about it, later calling the farmer to make sure he or she is OK.

“We’ve made friends with other people who are not in agriculture, and when we’re visiting with those friends, we talk about other things that are non-agriculture related,” Schwab said. “You have to remove yourself from the negativity, and that’s why I try to limit myself to an hour a day to work on issues or problems. Having a hobby, spending time doing other things just gives your mind a break.”

Medication has also made a “world of difference” in Schwab’s life, he said.

“Through the winter of 2018 and 2019, I was feeling pretty crappy and I really realized by spring that I just wasn’t feeling good myself — I wasn’t my normal self,” Schwab said. “I went and talked to my family doctor about it, and they did some evaluations and asked if I wanted to try some medication. So, I found myself starting to take some medication to treat some mild depression, and, believe it or not, that has made a world of difference.

Part of the farm stress problem lies within stereotypes that aren’t easy to shed. Take, for instance, the belief that men should repress their feelings, bottling up that emotion from ever reaching the surface, Schwab said.

“Just like somebody who takes heart medication, some of us have to take antidepressants, right? And there used to be that stigmatism that, ‘Oh, man. He’s on antidepressants. That guy’s wacko. Stay away from him. He’s crazy.’ Well, I think that stigmatism — that’s part of what needs to be removed,” Schwab added.

On a national scale, self-help groups are trying to break down traditional masculinity tropes, such as seeking out individual therapy. According to the American Psychological Association (APA), “Men of all ages and ethnicities are less likely than women to seek help.”

Male farmers are starting to break down this stigma, though, Schwab said.

“It’s something that nobody really ever talked about because it was — if you talked about it — like you were weak or something’s wrong with you,” he said. “And I think it’s just as my doctor explained it to me, it’s just natural that some of us need a boost.

“I’ve been on that antidepressant for about a year, and that really makes a big difference in your outlook.”

According to Zastrow, who works with farmers ages 25 to 55 years old, each ag generation handles stress differently. Older generations, for example, use church, prayer, or a card club to relieve stress; whereas, a younger generation might not have those hobbies.

“That’s the part in my three-part program where we talked about having a good friend group and community connections,” Zastrow added in an email to Michigan Farm News. “When we got so busy as a culture, we lost that social stress relief element. The other thing is that it’s more common to talk about emotions now than it was 30 years ago. I think that people are coming around to it, in that everyone is opening up more than they used to.”

For Schwab, he’s working through problems knowing there is daylight behind that metaphorical wall of debt and bills piling up in a barn corner.

“There are a lot of farms and a lot of young people who, seven, eight years ago, thought they had the world by the tail at 25 years old,” Schwab said. “They bought a lot of machinery, bought a lot of land, and they’d never lived through hard times, and those are the guys who are possibly facing foreclosure. They’re completely upside down. Those are the people that I worry about the most because the sad reality is maybe they’re a third-generation farmer and the bank’s about ready to foreclose because they’re just flat out of cash.”

Schwab is fortunate there’s life’s outside of farming — in a day job he’s passionate about.

“Just because they might have to sell their farm or sell a chunk of their farm, it’s not the end of the world,” Schwab continued. “I want people to realize that there’s a good opportunity out there. Most farmers are well-skilled at operating machinery and fixing and repairing and driving trucks, and the bigger farms that are more financially stable, they’re always looking for qualified individuals to help with harvest or planting or operating machinery. There’s always an opportunity to go to work back in the farming community if you quit your own farm.

“I want people to realize that it’s not the end of the world if you have to sell some farmland and move on.”