Commentary: One Step Forward and Two Steps Back 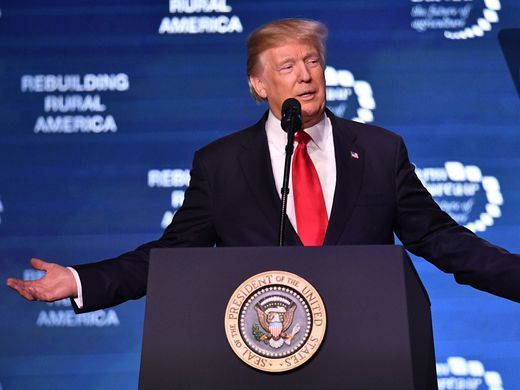 This past week, it was announced that a new trade deal had been reached with Japan. The agreement lowers or eliminates import tariffs on over $7 billion worth of U.S. agricultural imports into Japan, primarily pork, corn, and beef. This was greeted with a big sigh of relief from the ag community as being the first positive news on trade we have had in a long time. This is especially significant since Japan has been one of our more recalcitrant trading partners.

Those who support the President cheered this as a sign his trade policy and bilateral approach are working. Those critical of Mr. Trump fell back into the mantra “What about China.” Both sides missed the point. This trade agreement had already been reached as part of the Trans Pacific Partnership deal that had been reached but then abandoned by the U.S. as part of the 2016 election where both candidates called for U.S. withdrawal from the agreement. So, one could argue this is not really progress but just getting back to where we were. Yet, it is  a step in the right direction.

Other trade news this week was less optimistic.  Chinese trade negotiators abruptly broke off talks here in the U.S. and declined to visit some U.S. farms. This was played as a major downturn in the talks by the media and prompted a selloff in soybean futures. There is no hard evidence this was the case and may have been simply that the Chinese were tired of U.S. fast food and headed home for some good home cooking.  The sensationalistic overage the talks have been getting and the knee jerk reaction of the market to every little revelation are doing more harm than good. Most of agriculture have come to realize the trade dispute with China will take a long time to fix and an even longer time from which to recover.

The USMCA agreement may also be moving onto the slow track. The decision by House Speaker Pelosi to investigate possible impeachment against the President is being seen as the end of any action on trade, or anything else, by the House this year. This is truly a sad situation. The myopic obsession by many leaders in Washington with political manipulation is leading to stagnation on dealing with many of the important problems facing our nation.  The history of U.S. trade policy is fraught with political gamesmanship.

So, as farmers begin the harvest of 2019, not a lot has changed from where we stood in 2018, 2017, or even 2015. The truth is the current recession in agriculture began over 5 years ago and is not totally due to trade issues.  It is important to keep pushing forward on trade but to keep in mind that it is like climbing a sand dune; progress is slow, and there is a lot of backsliding involved.