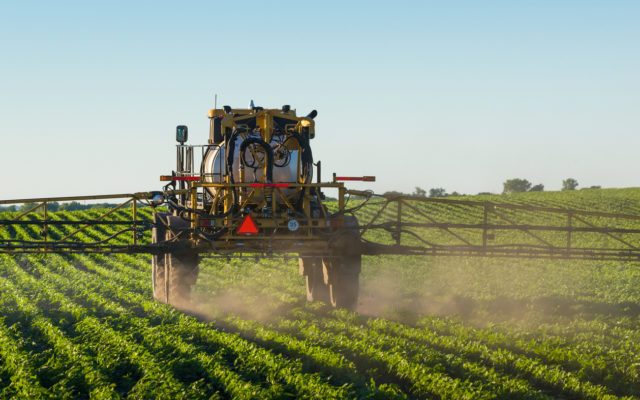 Bayer said that the U.S. Environmental Protection Agency’s favorable conclusion about the safety of glyphosate in its Interim Registration Review Decision, based on the agency’s expert review over a 10-year period, reaffirms that the extensive body of science continues to support the safety of herbicides containing glyphosate and that this active ingredient is not carcinogenic.

In its Interim Registration Review Decision, EPA concluded that it “did not identify any human health risks from exposure to glyphosate.”

“EPA’s latest decision on glyphosate-based herbicides adds to the long-term evaluation of leading international health authorities that these products can be used safely, and that glyphosate is not carcinogenic,” said Liam Condon, member of the Board of Management of Bayer AG and President Crop Science Division. “Glyphosate-based herbicides are one of the most thoroughly studied products of their kind, which is a major reason why farmers around the world continue to rely on these products not only for effective weed control, but also to minimize tillage farming practices, reduce greenhouse gas emissions, preserve more land for native habitats, and provide enough food to meet the needs of a growing population worldwide. EPA’s science-based, in-depth assessment by its expert team reflects a gold standard for scientific rigor that is respected by regulators and scientists across the globe.”

The EPA had already confirmed its position on glyphosate earlier this year. Together with the U.S. Department of Justice, on behalf of the U.S. government, EPA filed an amicus brief in the Roundup Litigation in the Hardeman appeal. In this brief both authorities are supportive of the company’s arguments. In August 2019 the EPA sent a letter to glyphosate registrants, which stated respectively that a cancer warning on products containing this active ingredient would be “inconsistent with the agency’s scientific assessment of the carcinogenic potential of the product” and would be a “false and misleading statement.”

The EPA also said in its Interim Registration Review Decision that “it used the most current science policies and risk assessment methodologies to prepare a risk assessment in support of the registration review of glyphosate. The EPA thoroughly assessed risks to humans from exposure to glyphosate from all registered uses and all routes of exposure and did not identify any risks of concern.” EPA also reiterated its conclusion that “glyphosate is not likely to be carcinogenic to humans”, its most favorable rating.

Glyphosate-based products are the most widely used herbicides in the world, and today’s EPA announcement is just the latest instance of a regulatory agency reaffirming that glyphosate is not carcinogenic. Since IARC’s assessment in 2015, regulatory and scientific bodies that have reaffirmed their conclusions about the safety of glyphosate-based products and that glyphosate is not carcinogenic include the European Food Safety Authority (EFSA), European Chemicals Agency (ECHA), German BfR, and Australian, Canadian, Korean, New Zealand and Japanese regulatory authorities, as well as the Joint FAO/WHO Meeting on Pesticide Residues (JMPR).

In January 2019, Health Canada concluded: “After a thorough scientific review,” concerns about glyphosate safety “could not be scientifically supported when considering the entire body of relevant data.” Health Canada also noted that the 20 scientists who conducted the review, who had not been involved in its 2017 re-evaluation of glyphosate, “left no stone unturned” and “had access to all relevant data and information from federal and provincial governments, international regulatory agencies, published scientific reports and multiple pesticide manufacturers.”

As part of Bayer’s Transparency Initiative, the company has committed to enabling access to all of the in-depth glyphosate safety and other crop protection studies submitted to the European Food Safety Authority (EFSA) that Bayer has permission to disclose on its transparency platform. Bayer remains committed to offering more choices for growers and announced last year an investment of approximately 5 billion euros to develop additional methods to combat weeds over the next decade.